Achieve gender equality and empower all women and girls

While the world has achieved progress towards gender equality and women’s empowerment under the Millennium Development Goals (including equal access to primary education between girls and boys), women and girls continue to suffer discrimination and violence in every part of the world.

Gender equality is not only a fundamental human right, but a necessary foundation for a peaceful, prosperous and sustainable world.

Providing women and girls with equal access to education, health care, decent work, and representation in political and economic decision-making processes will fuel sustainable economies and benefit societies and humanity at large. 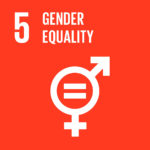 How Your Company Can Advance Goal 5

“Women’s status in society has become the standard by which humanity’s progress toward civility and peace can be measured.”