At ICV Manhattan 2016, ICV will host an unforgettable orchestral evening with all proceeds dedicated to Millenia Music’s EARTH’S CALL, the forthcoming event designed to musically change the atmosphere, awaken a climate of compassion, and drive the global response to care for each other and for the Earth.

In this time of great planetary transition, the world needs a unifying event. Enter EARTH’S CALL, a global benefit concert to connect humanity in common purpose and concerted action. It occurs in Aspen in the year ahead under the Artistic Direction of its Founder, Michael Fitzpatrick and the Musical Direction of Maestro Steven Mercurio. It harnesses Musicians and Messengers of Conscience, musical voices of youth and the indigenous, and the power of the Earth Symphony Orchestra – newly formed for the occasion – to sound the call. It draws on the legacy of music as medicine and music for peace established by Nobel Peace Laureate, Dr. Albert Schweitzer – UN Medal of Peace recipient Pablo Casals – and Bronislaw Huberman, Founder of The Israel Philharmonic Orchestra. The communion event brings together Musicians and Messengers of Conscience to catalyze a worldwide movement to amplify compassion for each other and heal our common home. The musical event raises awareness, action, and monies.

“Perhaps it is Music that will save the world.”

Attendance to EARTH’S CALL is by-invitation-only and has not been announced to the public. Investment Community Visibility (ICV) is honored to share exclusive news of it within its investment community. Proceeds generated from the EARTH’S CALL benefit concert are directed by the EC Global Brain Trust to areas and organizations in critical need – be they environmental or humanitarian. The EC Global Brain Trust is comprised of the world’s most accomplished individuals from diverse sectors including finance, the environment, renewable energy, education, medicine, and the arts. The Millenia Music Mobile Academy concurrently moves around the world presenting concerts and symposia across its vast network, using music to increase connectivity and raise awareness and monies from region to region. Lead Partners include: Stem for Life Foundation, partnered with The Vatican’s Pontifical Council for Culture, and its STOQ Foundation of Science and Faith; Green Faith; Stanford University’s Center for Compassion and Altruism Research and Education (CCARE), and ICV.

Michael Fitzpatrick is the recipient of The Prince Charles Award for Musical Excellence conferred by H.R.H. The Prince of Wales. Sir George Martin, Producer of The Beatles, stated: “Beyond a marvelous talent, I could not agree with Michael Fitzpatrick more: Music is the only thing that can change the world.” He most recently performed at The Vatican for The Holy Father, Pope Francis and the Vice-President of the United States – at the invitation of the Pontifical Council for Culture, the Stem for Life Foundation, and the Vatican’s STOQ Foundation for Science & Faith. He has shared the stage with Nobel Peace Laureate His Holiness The XIVth Dalai Lama for the past twenty years, providing the Musical Keynote to set the tone for His Holiness’ Public Talks and Teachings worldwide. He is the Music Director of The Muhammad Ali Humanitarian Awards and was instrumental in using the music to bring together His Holiness the Dalai Lama and Muhammad Ali for their historic joining. A member of the Aspen Institute’s Global Initiative on Cultural Diplomacy and its International Board Advisors during its tenure, he is the recipient of the prestigious Aspen Music Festival Fellowship. He has worked closely with the Offices of The Vatican and the Offices of His Holiness the XIVth Dalai Lama for the past two decades on Millenia Music’s TUNING THE PLANET project recorded inside the largest cave-system in the world, Mammoth Cave. Mr. Fitzpatrick has performed as soloist at the Hollywood Bowl, on the United States Capitol West Lawn with His Holiness the Dalai Lama, at the United Nations, the National Cathedral, for King Abdullah II at The Royal Palace in Jordan, with The Jerusalem Symphony Orchestra, and at the Rock & Roll Hall of Fame. Mr. Fitzpatrick’s relative – renowned Jewish violinist from Poland, Bronislaw Huberman – was the Founder of The Israel Philharmonic Orchestra. He is the Founder & Chairman of Millenia Music, and the Founder and Artistic Director of EARTH’S CALL and oversees all aspects of global production.

“Michael Fitzpatrick has the respect and friendship of government leaders and members of the Performing Arts community throughout the world. I find his interest in all endeavors – artistic and intellectual, combined with his enormous talent and enthusiasm used by him to enhance his global commitment to using music to uplift humanity – a source of great encouragement to those of us engaged in reaching out to every race, creed and culture here at the UN, and around the world. As a close personal friend of the late Maestro Pablo Casals, I can think of no more exemplary artist.”

Maestro Steven Mercurio most recently conducted The Concert for the Pope – a global broadcast event that reached one billion viewers – headlined by Aretha Franklin and The Philadelphia Orchestra. Former Conductor of The Nobel Peace Prizes Ceremonies Concert, Maestro Mercurio is a world-renowned conductor, composer, and arranger who has collaborated with many of the most iconic musicians of our times including Luciano Pavarotti, Placido Domingo, Jose Carreras, Tony Bennett, Sting, and Chick Corea. One of the most telegenic conductors of the modern era, he conducted THE THREE TENORS Live from Vienna worldwide-broadcast, and conducted the historic Statue of Liberty Concert dramatically staged in front of the skyline of Manhattan and televised on PBS. He holds a longstanding relationship conducting for SONY Classical recordings, has conducted numerous Hollywood soundtracks including the Academy Award Winning Hillary and Jackie, and his symphonic composition, FOR LOST LOVED ONES, received its world-premiere by The New York Philharmonic. He has conducted in the great symphonic halls, opera houses, and venues in the world, including the Metropolitan Opera House, Madison Square Garden, the Hollywood Bowl, Lincoln Center, Red Rocks, the Sydney 2000 Olympics, and at the Henry Crown Auditorium in Jerusalem as Guest Conductor of The Jerusalem Symphony Orchestra. He is the former Music Director & Conductor of the Spoleto Festival dei Due Mondi and Principal Conductor of the Opera Company of Philadelphia. Maestro Mercurio is the Music Director, Conductor & Principal Arranger of EARTH’S CALL. 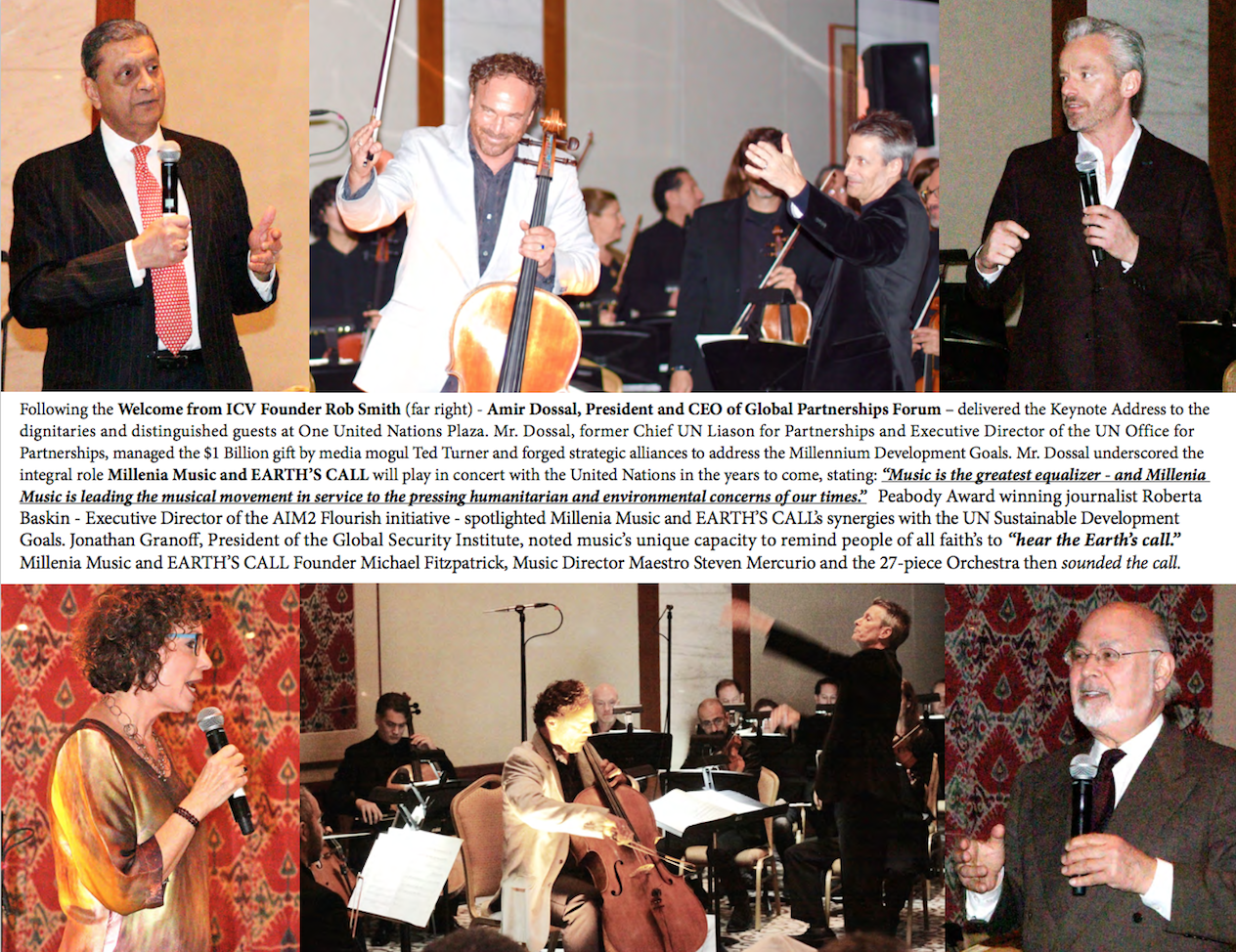 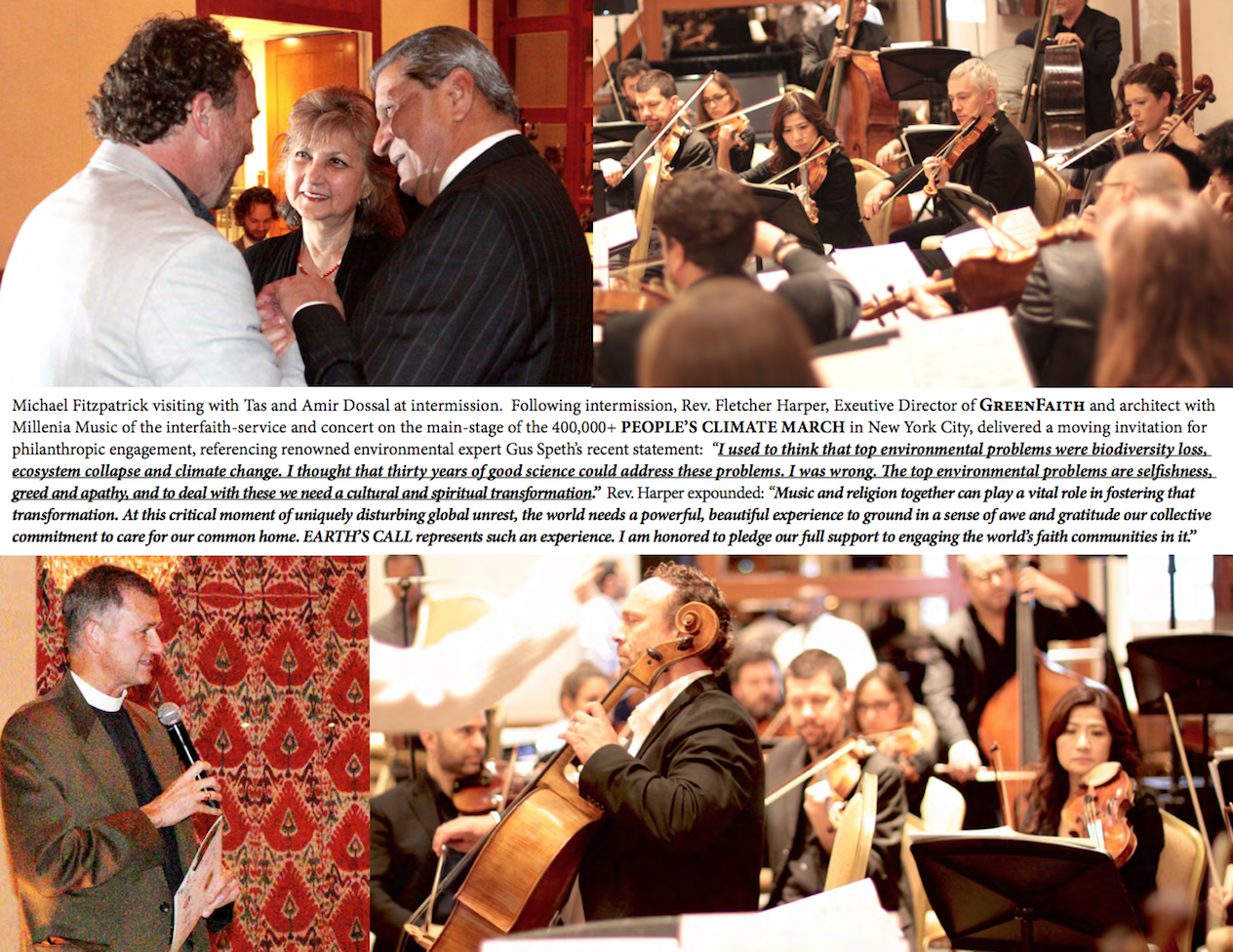 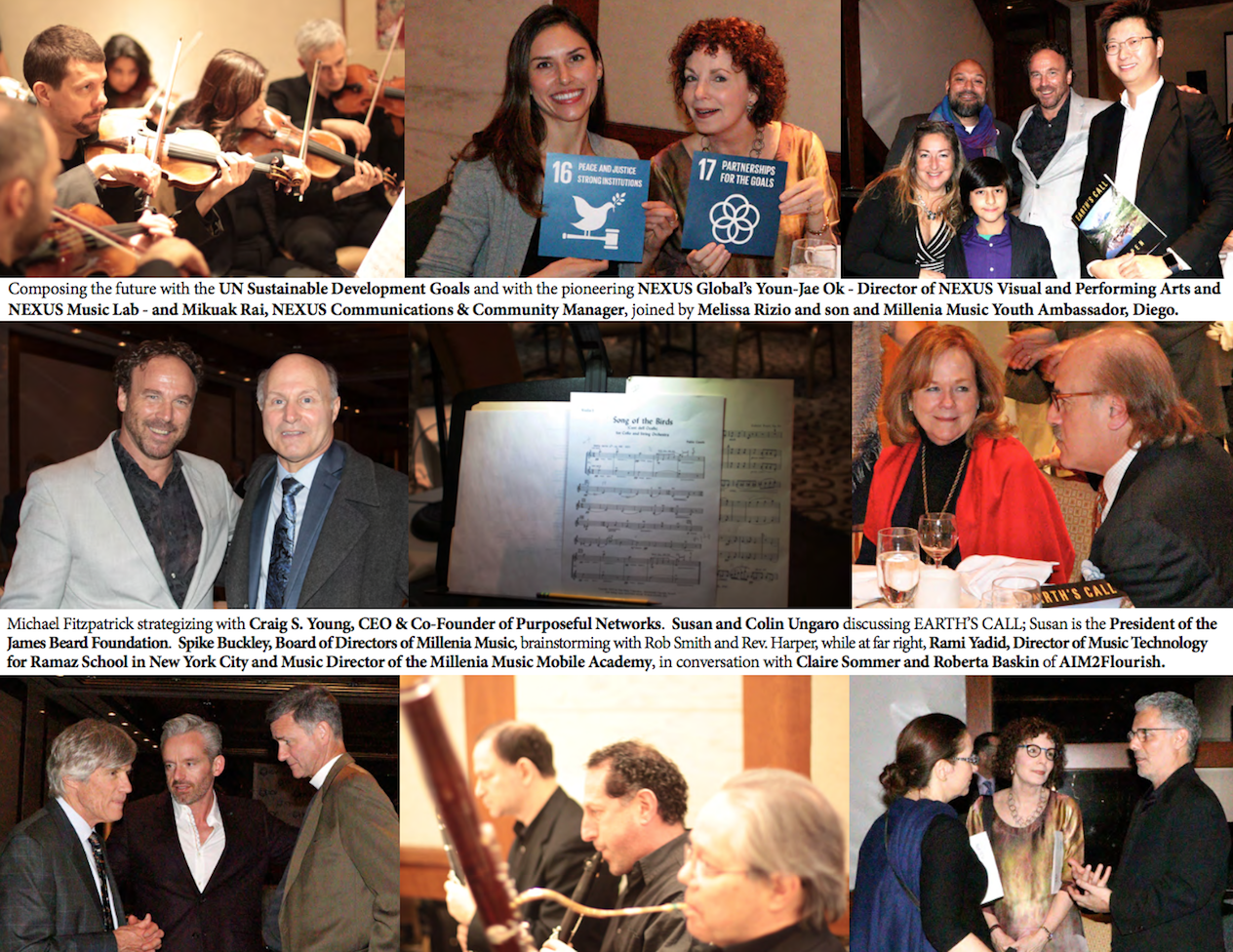 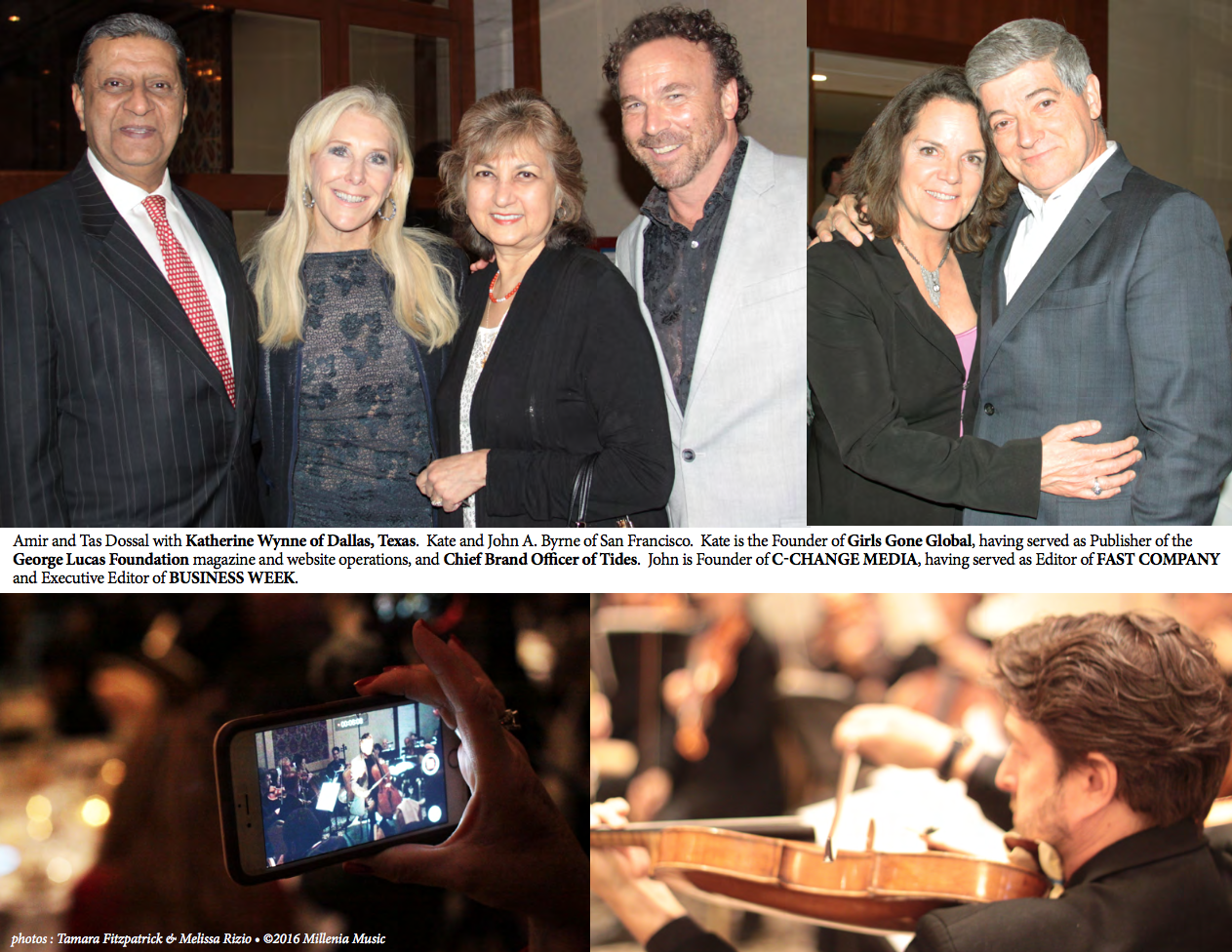 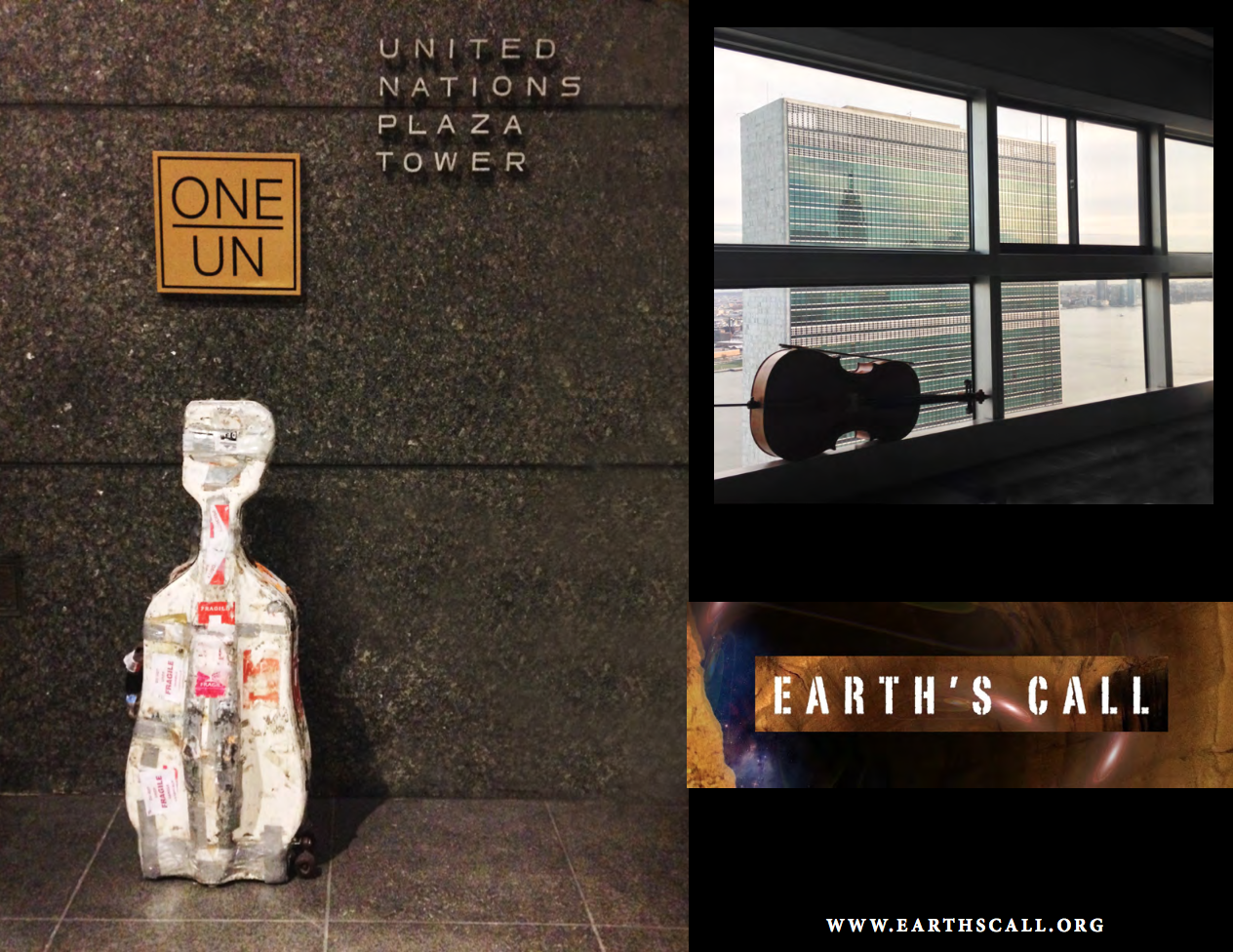