REGISTER NOW
"Live the full life of the mind, exhilarated by new ideas, intoxicated by the romance of the unusual." - Ernest Hemingway

At ICV Cambridge 2016, we will connect the CEOs of impact companies with those who by virtue and wealth that can advance corporate responsibility, capitalize businesses at significant levels, and influence systemic change in the world.

ICV Cambridge 2016 will convene the management of companies that are shaping the future of traditional industries, the next generation and investment officers of single family offices, top industry-focused institutional investors and distinguished academics working at the forefront of their field.

Members of single family offices will speak openly on a wide range of topics such as sourcing deal flow, direct investing, allocating to professional managers, and family governance.

Investors with a focus on innovation and research to implement an impact investment within health and life sciences share their industry insights and investment outlook.

Investors with a focus on innovation and research to implement an impact investment within health and life sciences share their industry insights and investment outlook.

Meat the Future? Fulfilling demand for 9 Billion People by 2050

Produced by Foodcrunch.com, a non-profit initiative focused on building a robust eco-system of information and people to help entrepreneurs start and grow their food-system businesses.

On a shrinking planet, never before has the future of food been in such peril. Already gobbling up one-third of total land mass and over 75% of available freshwater – many see modern agriculture as a malthusian catastrophe set to systematically exhaust resources, and thus us. But, others see differently. By developing creative models focused on ingenuity and resilience, some innovators have taken the proverbial bull-by-the-horns to disrupt the single largest sector of US agriculture through redefining the narrative of future meat. Teeming with environmental, animal welfare, and human health concerns, the production of food animals now tops 60B around the globe. Expensive in both materialized costs and externalities, concerns grow if the world can afford the production of more meat as we know it?! With global population set to grow by 40% in less than two generations, and evolving consumer demand desiring a diet of more animal protein – we need better solutions to maintain stability. Running the gamut of short & long horizon potential, diverse asset classes and risk profiles – join this engaging panel of food system experts in exploring the opportunities of the future of meat, agriculture and food security. 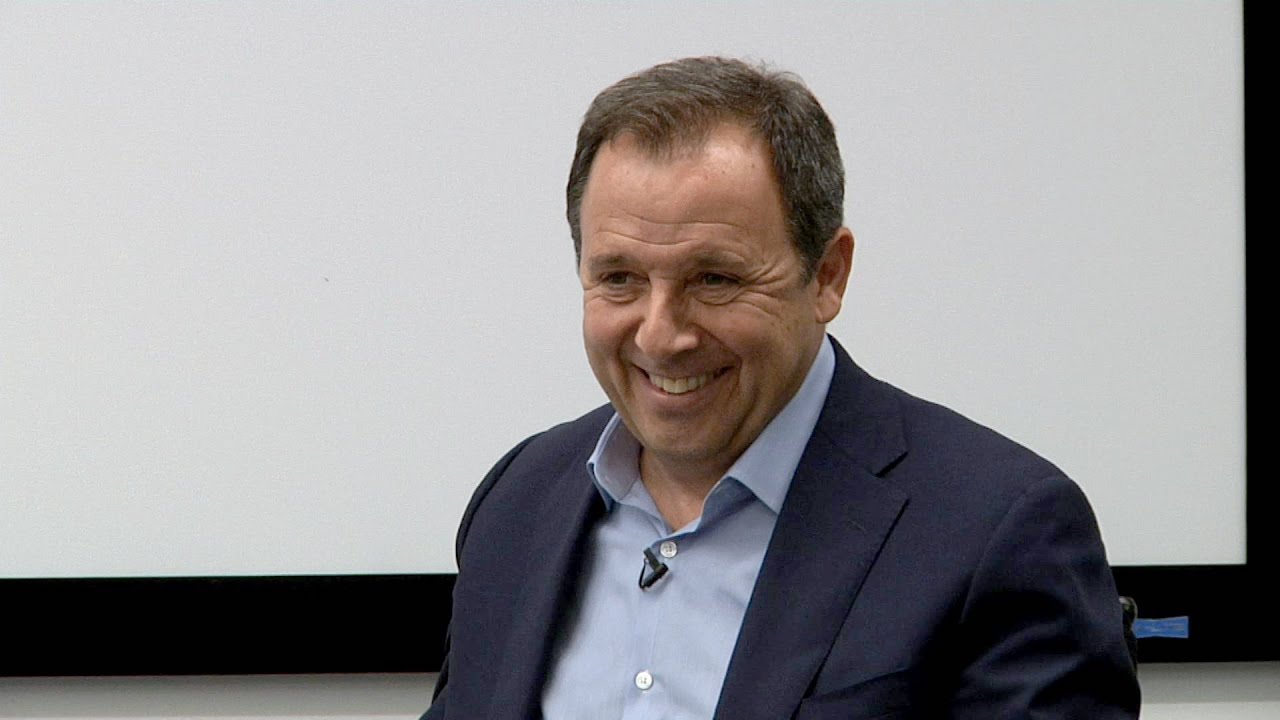 IMAGINE being trapped inside a Disney movie and having to learn about life, language, and emotion mostly from animated characters dancing across a screen of color. A fantasy? A nightmare? Actually, it’s the real-life story of Owen Suskind, who is the son of the Pulitzer Prize–winning journalist Ron Suskind and his irrepressible wife, Cornelia. Owen is also a boy with autism, which now affects an astonishing one in every one hundred children. While America’s two million autistic people are just as diverse as the wider population, many possess a subtle weave of gifts and challenges that, year by year, are revealing underlying—and often unrecognized—capacities of the human mind. What the journey of this boy and his family powerfully reveals: how, in darkness, we literally need stories to survive. Here’s how this survival story begins. Just shy of his third birthday, a seemingly typical, chatty child became mute. He suddenly didn’t sleep or eat, and cried inconsolably. His only solace: the Disney animated movies he loved before the autism struck. But they had changed, too—they’d become gibberish, because the boy’s ability to understand speech had also vanished. So he memorized them, dozens of them, based on sound alone. What follows are a series of startling breakthroughs, as, for years, the family began to communicate with their lost son in movie dialogue. Recite one line, he’d look you in the eye and recite the next. But was he understanding? His parents dove down “Alice in Wonderland’s rabbit hole,” as one autism specialist said, “to rescue a child.” But it soon became unclear who rescued whom, as they and their older son, Walt, literally had to become animated characters, forced to contemplate the deepest meanings of iconic myths—the stories people have long told themselves to make their way in the world—just to keep up. Because a startling truth began to take shape across a frenetic, harrowing, raucous decade: in the land of imagination, a “left behind” boy, murmuring under his breath, was king. The creator of worlds. In fact, their young son had invented a language to express love and loss, the bonds between brothers, the nature of beauty, and the true meaning of the words “happily ever after.” At its core, this brilliantly crafted narrative—written by the father, but shaped by his wife and children—isn’t about autism or Disney, though you’ll never view either one quite the same, again. It’s the story of a family’s resilience when their world is turned upside down. It’s about perseverance and hope. A child disappeared into confusion, frustration, and silence. But deep inside his dark cave of isolation, he and his family began to dig for diamonds, working year by year, trial by trial, on a most improbable project: to find a way each of us can learn to animate our lives. And live our most fervent dreams, whatever unexpected shape they take.

President Kennedy inspired a generation to accept responsibility for its government, and its world, by taking political and social action. As president, he fought to ensure equal rights and opportunities for all Americans. He encouraged Americans to lift up those less fortunate than themselves, both at home and abroad. He challenged the nation to reach for the impossible and land a man on the moon before the end of the decade. He set new directions for international diplomacy, seeking better relations with Latin America and newly independent nations. He reduced the threat of nuclear war by opening the lines of communication with Moscow and offering to help “make the world safe for diversity.”

John F. Kennedy’s legacy is a vision of political action and public service based on courage, service, inclusion, and innovation.

In a private tour of the John F. Kennedy Presidential Library & Museum, Stephen Kennedy Smith will give a fresh take on the relevance of his uncle’s words today, JFK’s life and presidency, and his compelling vision for America.

An Evening of Great Literature and Music

Esteemed guests will visit the Ernest Hemingway Collection, the generous gift of Mary Hemingway, Ernest Hemingway’s widow, to the John F. Kennedy Presidential Library and Museum, and to Hemingway scholars and readers around the world. The collection spans Hemingway’s entire career, and contains ninety percent of existing Hemingway manuscript materials, making the Kennedy Library the world’s principal center for research on the life and work of this author.

The History of the Boston Pops

It all began in 1885, thanks to the vision of Civil War veteran Henry Lee Higginson. Fours years earlier, in 1881, he founded the Boston Symphony Orchestra, calling its establishment “the dream of my life.” From the start he intended to present, in the warmer months, concerts of light classics and the popular music of the day. From a practical perspective, Higginson realized that these “lighter” performances would provide year-round employment for his musicians. The “Promenade Concerts,” as they were originally called, were soon informally known as “Popular Concerts,” which eventually became shortened to “Pops,” the name officially adopted in 1900. The following year the orchestra performed for the first time in its new home, Symphony Hall. Not only is this performance space acoustically outstanding, it was also designed, at Higginson’s insistence, so that the rows of seats for Boston Symphony concerts could be replaced by tables and chairs for Pops concerts. Read more.

“Music in the soul can be heard by the universe.”

Childhood Cancer Kids is a 501(c)(3) non-profit organization, seeks to increase childhood cancer awareness and to provide resources to and elevate the spirits of children with cancer.

Writers Without Margins is dedicated to the fusion of art and advocacy, and takes literature beyond conventional spaces. Its mission is to connect the rich literary and academic resources of our city, its authors, and artists, with its unheard or underserved populations through free literature and writing programs which empower, educate and enable people marginalized, stigmatized, or isolated by the challenges of mental illness, addiction recovery, disability, trauma, sickness, injury or poverty.

Writers Without Margins aims to amplify the voices of participants through collaborative workshops, readings, literary journals, publications and exhibits that showcase their work, encouraging personal reflection and re-vision by both author and audience, while sharing their stories with the world. 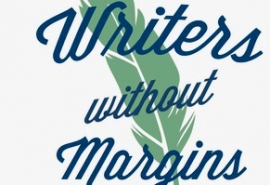 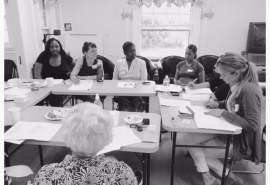 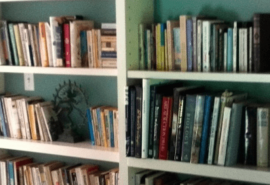 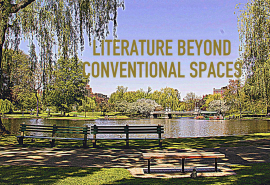 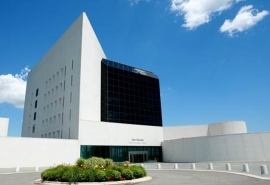 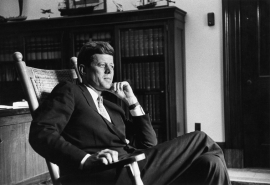 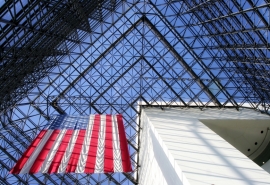 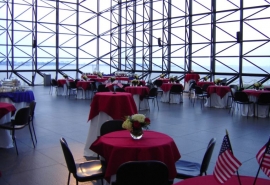