How do investment vehicles and innovations work together to deliver better health care?

UNAIDS, ICV, Johnson & Johnson, BD and the Center for Global Health and Diplomacy are hosting a forum entitled Transformational Aid for Development Forum in order to create connections for scaling up innovations and investments for health and to reach vulnerable populations.

The Transformational Aid for Development forum will initiate a discussion with heads of United Nations agencies, chief executive officers of investment firms, ministers of health and representatives of the private sector, including from the pharmaceutical, diagnostics, information technology and investment sectors. These stakeholders will answer the question, “How do investment vehicles and innovations work together to deliver better health care to millions of people across the globe?”

During this one-day strategic forum, government ministers will describe the gaps and challenges they face in their respective countries, chief executive officers from family offices and investment firms will discuss which sectors they intend to invest in and private sector representatives will discuss where they will implement new technologies, diagnostics and pharmaceuticals.

The environment has never been more conducive to forging new partnerships between public and private sector actors. The Sustainable Development Goals calls for individuals, governments, institutions, and firms to work together, and the private sector’s interests to contribute to development efforts grows each day. Partnership development, however, remains a difficult enterprise due to different and sometimes competing objectives and intentions. For instance, how can outcomes- and results-based approaches co-exist with growth- and profit-oriented objectives? How can accountability to the taxpayers be achieved within the framework of accountability to shareholders and investors? Is it even possible to quantify and monetize efforts that aim to “save lives”?

This plenary will focus on the challenges in creating public-private sector partnerships within the global health sphere. Participants will share their experiences and lessons while also discussing the critical conditions and elements needed to achieve success in areas such as blended financing, service delivery, and research and development. 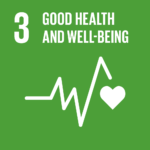 Good Health and Well-Being. Ensuring healthy lives and promoting the well-being for all at all ages is essential to sustainable development.

Significant strides have been made in increasing life expectancy and reducing some of the common killers associated with child and maternal mortality. Major progress has been made on increasing access to clean water and sanitation, reducing malaria, tuberculosis, polio and the spread of HIV/AIDS. However, many more efforts are needed to fully eradicate a wide range of diseases and address many different persistent and emerging health issues.

Examining the Challenges and Opportunities Related to the Financing, Development, and Scale-up of Innovations

“There is never a shortage of ideas” is a refrain often heard when it comes to innovations and global health. From major pharmaceutical companies to individual researchers and inventors, new approaches, techniques, tools, and equipment are being created every day. For developers, questions often asked are, “How do I get my ideas heard, funded, and tested?” “How can I work with others who may have similar ideas or can assist with implementation and rolling out?” “After my invention has been proven to be effective, how can it be scaled up?”

On the other side of the equation, countries are expressed concerns that there are too many ideas being delivered too quickly. For many low- to middle-income countries, it takes several years to full integrate a new technology, a piece of equipment, or new approach because health professionals and workers need to be informed and educated about the new tool, systems need to be adjusted, and this new resource must be evaluated. With the flood of ideas, countries cannot keep up, yet at the same time they need advice on what item is the most effective and efficient to respond to their unique needs.

This plenary will examine the challenges and opportunities related to the financing, development, and scale-up of innovations. The perspectives of financers, innovators, and countries will be shared to provide a balance perspective – i.e., the supply and demand side of the equation.

At ICV Geneva 2018: Transformation Aid for Development, we will feature innovations from many different sectors, some directly related to healthcare some tangentially related to healthcare and supported by UNITAID, Finland and other G7 governments. Most of the innovations have been piloted and have commitments in the range of US$ 40-60 million.These innovations will showcase products from new methods of detecting HIV to a brand new proprietary building technique to bring affordable, quality housing to millions of people to new data platforms for healthcare in the emerging markets. This marketplace will bring together the public sector, the private sector, investors and innovators all of the components necessary to develop lasting partnerships going forward. Innovators will showcase their products during scheduled breaks and the lunch hour. 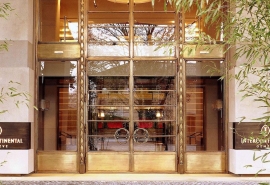 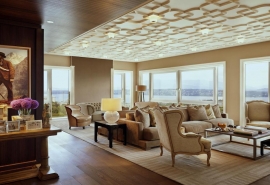 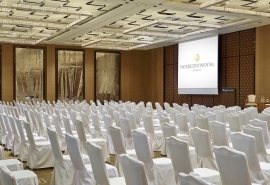 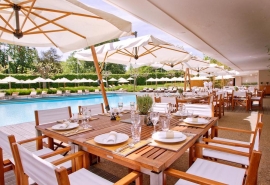