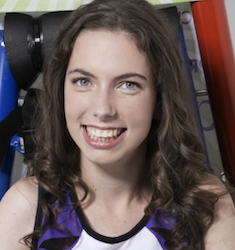 Chaeli is a typical millennial. She believes she can do anything she puts her mind to. But, unlike most millennials, Chaeli is a quadriplegic. Born with Cerebral Palsy and using a wheelchair, Chaeli sees opportunity where most see limitations.

It’s this attitude that has made her an internationally recognized, award-winning ability-activist.

Now she’s bringing her can-do attitude to America – to inspire kids across the country, from all walks of life – that disability can become ability! 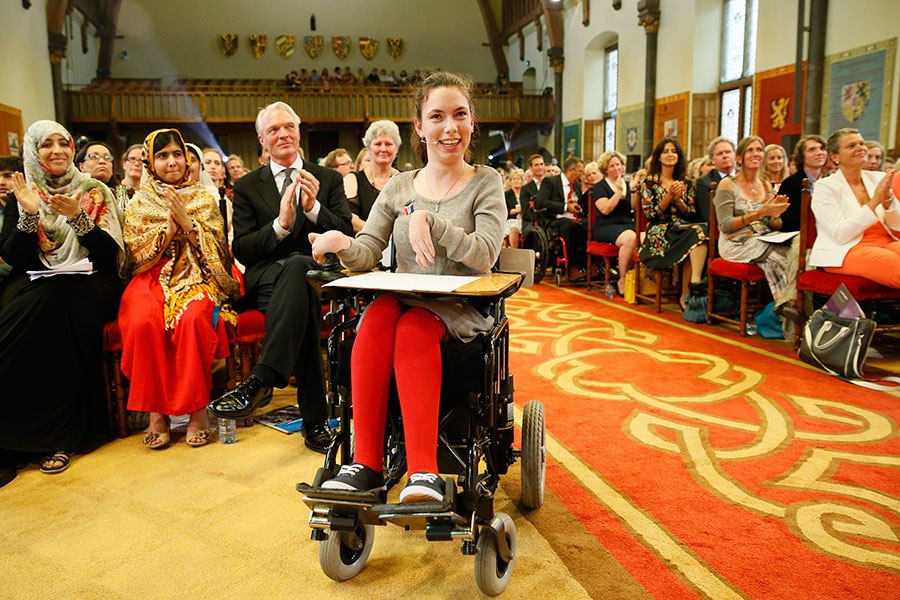 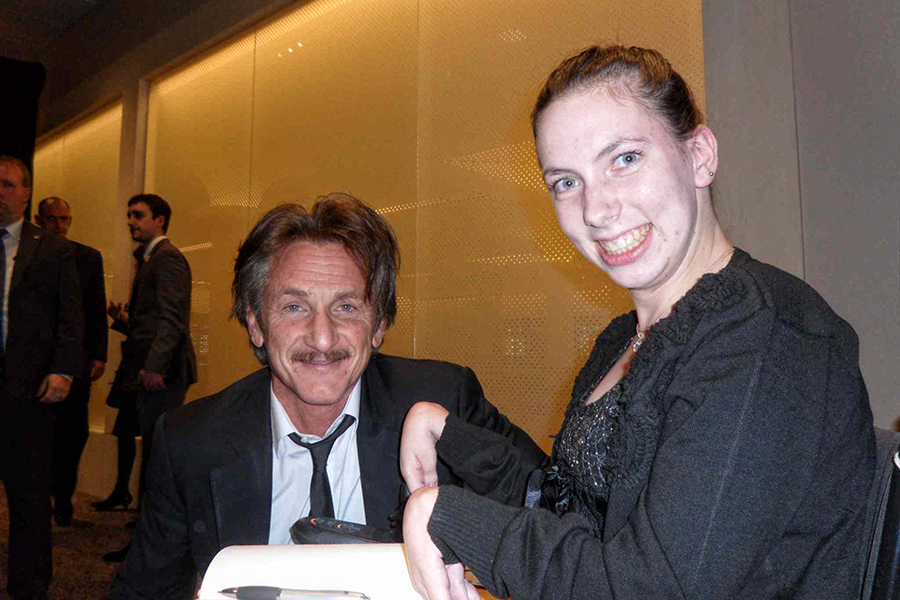 Chaeli attends high level meetings around the world and meets celebrities, world leaders and influencers as she promotes the cause of ability, for those who cannot enjoy the same level of mobility many of us take for granted. She has met Sean Penn (above), Jimmy Carter, F.W. De Klerk, Bill Clinton, Barack Obama and Desmond Tutu to name a few. 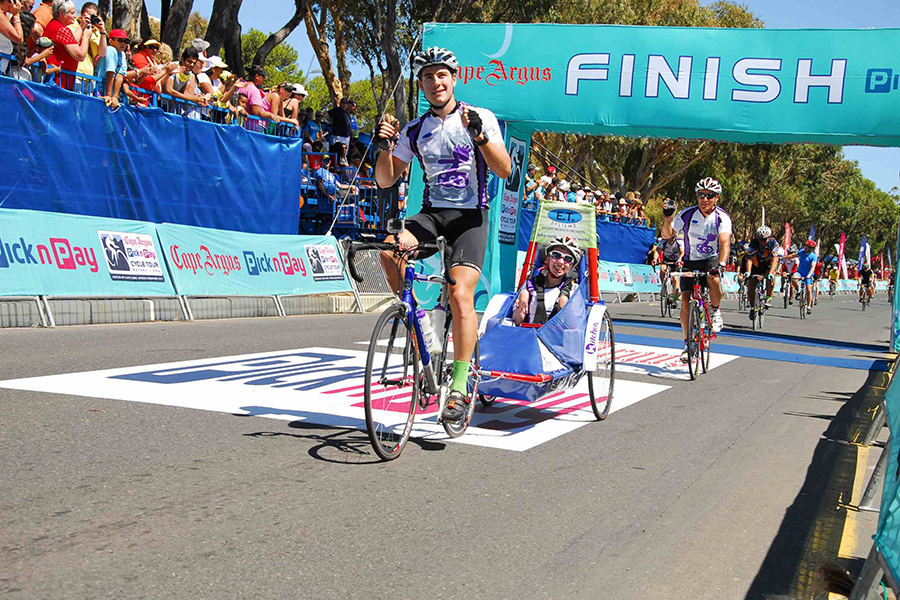 First Cape Town Cycle Tour in 2013 – start of #TeamBeastie (Chaeli being the Beast in the Buggy and her cycling partner being the Beast on a Bike). Every March Team Beastie takes to the road for this 110km picturesque team cycling adventure. The Chaeli Campaign now has 10 buggy teams and hand cyclists, making the CTCT the most inclusive Ultra Cycle Tour in the world. 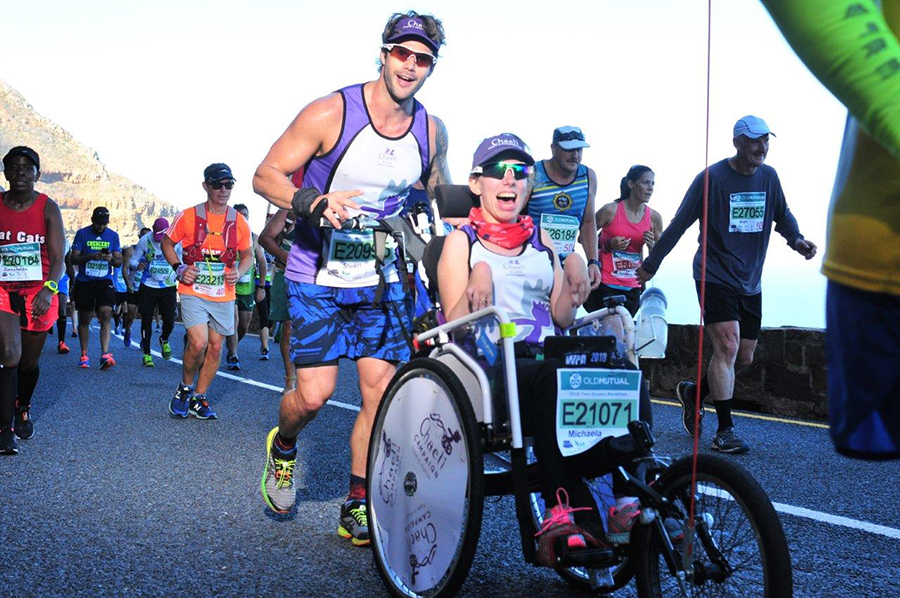 In 2016 Chaeli made history by becoming the first adaptive (assisted) wheelchair athlete to complete the iconic Comrades Marathon in the 95-year history of this event – the oldest Ultra Marathon in the world. She completed the 56-mile race with her running partners under the name #TeamBeastie and went on to become the first (and only to date) wheelchair athlete to achieve the coveted Back2Back Comrades medal (the first two continuous years of successfully completing the race). It’s Chaeli’s intention to get her permanent green number for this race – which requires 10 Comrades medals. She is also a frequent runner in the Two Oceans Ultra Marathon and other marathons around Cape Town. 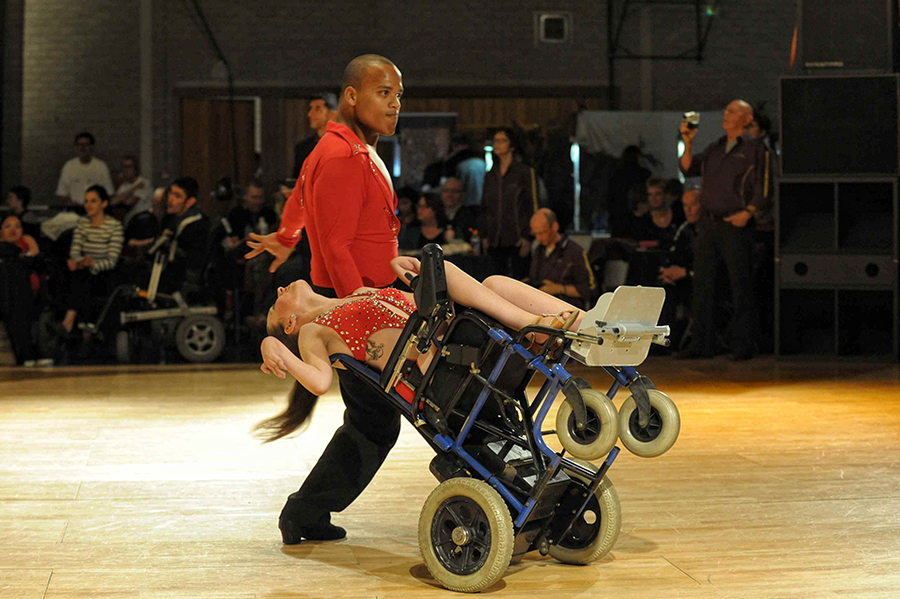 Chaeli and her partner Damian, are double world champions, winning gold medals in both Ballroom and Latin American Dancing (Amateur Combi Section, Class 1) at the Holland Dans Spektakel in 2015. They now compete in the World Cup section at international wheelchair dance competitions. 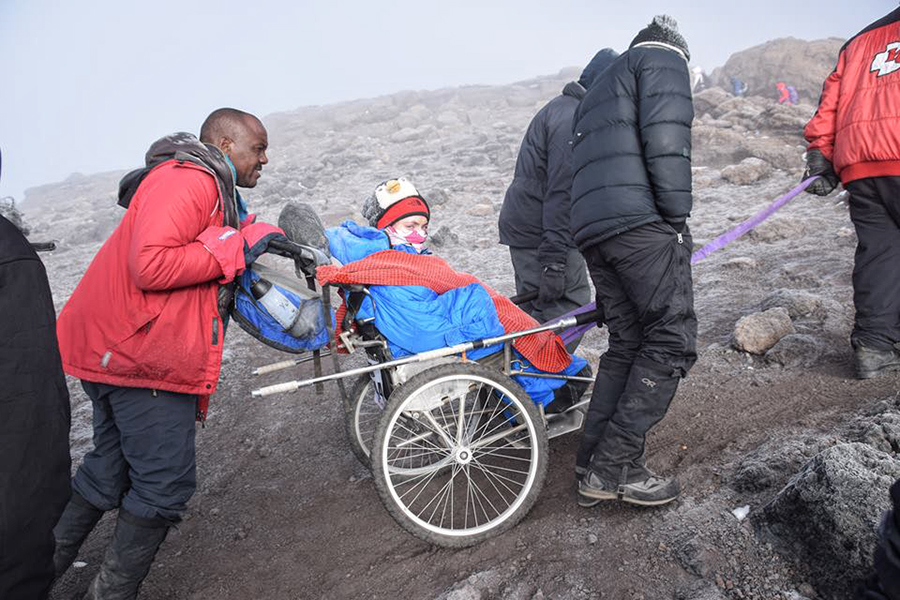 In September 2015, Chaeli became the first female quadriplegic to summit Mt. Kilimanjaro. It took Chaeli and Team Awesome five days to summit and two days to get back down. 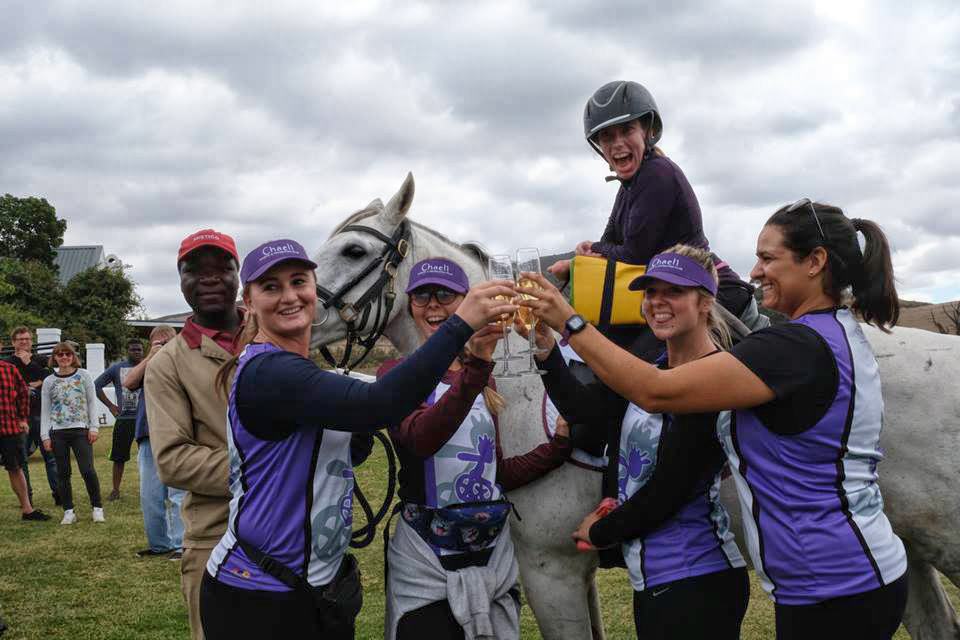 In April 2018, Chaeli accepted a challenge from people who doubted her ability and agreed to spend five hours a day (for five days) on horseback. The result was five days, 23 hours, 48 miles and $3,000 raised in support of the Chaeli Cottage Inclusive Pre-School. Challenge met! Chaeli’s new passion is adaptive Crossfit with Biokineticist and Crossfit trainer Marco Bekker, who puts her through her paces to help reclaim body function. At the age of 24 she claimed a victory in crawling for the first time in her life. She is now able to row and do full body rolls – her warm-up which tells her body to wake up. She can also ‘rope climb’ – horizontally with elasticized resistance bands attached to her wheelchair that enables her to pull her wheelchair along.

Chaeli and Stuart Cullum intend doing the Iron Man as #TeamBeastie in April 2019! Watch this space…