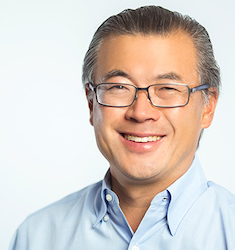 Joon is the President of Palo Alto Investors, LLC, founded in 1989 with $1.8 billion in assets under management invested in healthcare. He joined the firm in 1998 as a healthcare analyst. Concurrently, Dr. Yun served on the clinical faculty at Stanford from 2000-2006 as a board certified radiologist. Dr. Yun graduated from Harvard College, received his M.D. from Duke, and completed his residency and fellowship at Stanford. He holds over 40 issued or pending patents and has published numerous scientific articles. He is a contributor to Forbes and the health editor of Evolution Magazine. He published a collection of essays entitled, Hiding in Plain Sight. His next book, Depopulation: An Investor’s Guide to Value in the Twenty First Century, co-authored with Philip Auerswald, is due out in 2015. He recently launched the $1 million Palo Alto Prize (PaloAltoPrize.org) to help end aging through his family foundation, the Palo Alto Institute.