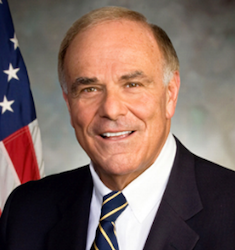 After 34 years of public service, including 24 years as an elected official, Governor Rendell continues to pursue many of the same issues he was passionate about while serving. His commitment to making America a cleaner, more efficient place and to fostering investment in our nation’s crumbling infrastructure is as strong as it has ever been. Rendell has become a champion for progress in the area of alternative energy, and now serves as a consultant or board member for several green and alternative energy firms, including Own Energy, The Efficiency Network and VNG.co. He has also remained heavily involved in the campaign for government efficiency and strategic cost cutting through his work with entities such as Government Sourcing Solutions and Public Financial Management.

Perhaps no other issue has been and continues to be as important to Governor Rendell as America’s dire need to rebuild and reinvest in its infrastructure. As Governor, Rendell worked with Mayor Michael Bloomberg and Governor Arnold Schwarzenegger to create an organization called “Building America’s Future.” The organization focuses on the need for a more significant investment in American infrastructure projects to ensure that America maintains its place as a global economic power. Governor Rendell currently serves as Co-Chair of the organization, along with Mike Bloomberg and former U.S. Transportation Secretary Ray LaHood, and travels throughout the country speaking about this issue.

In 2012, Governor Rendell penned his first book, A Nation of Wusses: How America’s Leaders Lost the Guts to Make Us Great. In A Nation of Wusses, Rendell chronicles his storied political career with his trademark candor while making a strong statement about the state of American leadership.

Rendell served two terms as Governor of Pennsylvania (2003-2011) and oversaw a budget of $28.3 billion as the chief executive of the nation’s 6th-most-populous state. As Governor, Rendell was committed to making government more responsible and responsive to the public’s needs, and he successfully cut wasteful spending and improved efficiency leading to savings of over $1 billion. His legislative agenda focused on commonsense political reform and putting progress ahead of partisanship. Through his unprecedented strategic investments, he energized Pennsylvania’s economy, revitalized communities, improved education, protected the environment, expanded access to health care to all children, and made affordable prescription drugs available to older Pennsylvanians.

During his two terms as Mayor of Philadelphia (1992-2000), Rendell eliminated a crippling deficit, balanced the City’s budget, and generated five consecutive budget surpluses. Philadelphia’s renaissance, which The New York Times called “the most stunning turnaround in recent urban history,” is largely attributed to his determination, inspiration, and energy.

Before serving as Mayor, Rendell was elected District Attorney of Philadelphia for two terms from 1978 through 1985. Rendell also served as Chairman of the Democratic National Committee during the 2000 Presidential election. He currently sits on several boards, supports multiple non-profit organizations and teaches government and politics courses at the University of Pennsylvania.

An Army veteran, he holds a B.A. from the University of Pennsylvania and a J.D. from Villanova Law School.