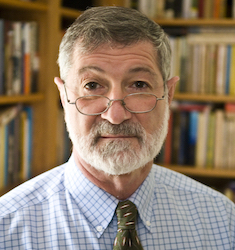 Co-President, International Physicians for the Prevention of Nuclear War

Ira Helfand, MD is co-president of the International Physicians for the Prevention of Nuclear War, recipient of the 1985 Nobel Peace Prize, and he is co-founder and past president of Physicians for Social Responsibility, IPPNW’s US affiliate. He has published studies on the medical consequences of nuclear war in the New England Journal of Medicine, and the British Medical Journal, and has lectured widely in the United States, and in India, China, Japan, Russia, South Africa, Israel, Pakistan, Mexico, Brazil, and throughout Europe on the health effects of nuclear weapons. He represented PSR and IPPNW at the Nobel ceremonies in Oslo in December 2009, honoring President Obama, and presented their new report, Nuclear Famine: One Billion People at Risk, at the Nobel Peace Laureates Summit in Chicago in April of 2012. A second edition was released in December of 2013.

Dr. Helfand was educated at Harvard College and the Albert Einstein College of Medicine. He is a former chairman of the Department of Emergency Medicine and president of the Medical Staff at Cooley Dickinson Hospital, and currently practices as an internist and urgent care physician at Family Care Medical Center in Springfield, Massachusetts.