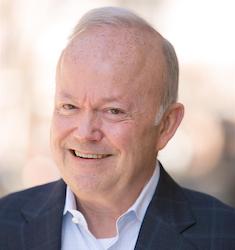 Jim O’Shaughnessy is the Chairman and CEO of O’Shaughnessy Asset Management (OSAM). Also serving as the Chief Investment Officer of the firm, Jim is ultimately responsible for OSAM’s investment strategies. He directs the Senior Portfolio Manager, Director of Research, and the Portfolio Management Team and helps to set the agenda for the team. He is also responsible for the development of OSAM’s existing strategies and directs the team on idea generation and specific initiatives to improve the models and develop new factors and products. Jim is an equity owner in OSAM and a member of the firm’s Operating Committee.

Prior to founding OSAM, Jim was the Director of Systematic Equity at Bear Stearns Asset Management and a Senior Managing Director of the firm. Prior to Bear Stearns, he was the CEO and Chairman of O’Shaughnessy Capital Management (Netfolio).

Long recognized as one of America’s leading financial experts and a pioneer in quantitative equity analysis, he has been called a “world beater” and a “statistical guru” by Barron’s. In February 2009, Forbes.com included Jim in a series on “Legendary Investors” along with Benjamin Graham, Warren Buffett, and Peter Lynch.

Jim is the author of four books on investing. Forbes pronounced his first book Invest Like the Best “awesome” and named it one of the best financial books of the year. His next book, What Works on Wall Street, was a BusinessWeek and New York Times Business bestseller and called “An indisputable classic…downright momentous” byTheStreet.com. Financial Analysts’ Journal said it was “indisputably a major contribution to empirical research on the behavior of common stocks in the United States…conceivably, the influence of What Works on Wall Street will prove immense.”

Jim’s third book, How to Retire Rich, was a New York Times Business andBusinessWeek bestseller. Jim published his fourth book, Predicting the Markets of Tomorrow, in 2006. Jim was named “manager of the year” in Gordon Pape’s 2004 Buyers Guide to Mutual Funds for his management of the Royal Bank (RBC) of Canada’s O’Shaughnessy Funds, and the Canadian Investment Awards named the RBC O’Shaughnessy U.S. Value Fund “U.S. Equity Fund of the Year” in 2004 and 2005. Jim has a B.A. in Economics from the University of Minnesota.

Jim is married with three children and two grandchildren and lives in Greenwich, Connecticut.