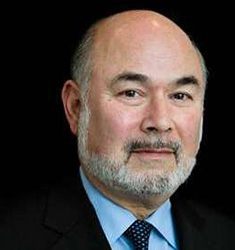 Jonathan Granoff is President of the Global Security Institute, is an international lawyer and former professor of international law, and serves as a Senior Advisor and Special Representative to the United Nations for the Permanent Secretariat of the World Summit of Nobel Peace Laureates. He is the Chair of the Task Force on Nuclear Nonproliferation of the International Law Section of the American Bar Association, and Ambassador for Peace and Security of the Parliament of the World’s Religions. He focuses his advocacy efforts on the legal, moral, political and spiritual dimensions of peace with a particular emphasis on the rule of law and the elimination of nuclear weapons. He serves on numerous advisory and governing boards such as the NGO Committee on Disarmament, Peace and Security at the UN, Lawyers Committee on Nuclear Policy, Middle Powers Initiative, Parliamentarians for Nuclear Nonproliferation and Disarmament, and the Jane Goodall Institute. He is a Fellow in the World Academy of Arts and Science and recipient of numerous awards such as the Arthur E. Armitage, Sr. Distinguished Alumni Award of Rutgers University School of Law. Mr. Granoff is the award-winning screenwriter of The Constitution: The Document that Created a Nation, and has articles in more than 50 publications and books including: The Sovereignty Revolution, Toward a Nuclear Weapons Free World, Imagining Tomorrow, Analyzing Moral Issues, Perspectives on 911, Toward a World In Balance, Reverence for Life Revisited, and Hold Hope, Wage Peace. He has been a featured guest and expert commentator on hundreds of radio and television programs, and testified as an expert in the US Congress, Parliaments of the UK and Canada, and at the UN numerous times. He has represented the Nobel Laureate organization the International Peace Bureau at Nobel Laureate Summits and was nominated for the Nobel Peace Prize in 2014.