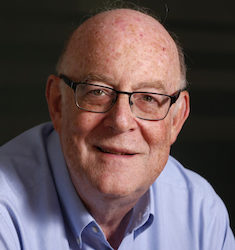 35 year history as an industry leading entrepreneur and innovator with focus on Stock Exchanges, Hedge Funds, and Real Estate.

Currently Ken Pasternak is a founder and Executive Chairman of The KABR Group. In addition, Mr. Pasternak is the managing principle of Chestnut Ridge Capital, which serves as The Pasternak Family Office. The strategies of the family office are threefold; Real Estate, Exchange Traded Assets, and Private Equity.

The Family Office is single largest investor in the KABR Group investing over half of the capital raised to date.

KABR Group currently owns and/or operates approximately 3.5 million square feet of office, 3000 rental apartment units, 500,0000 square feet of retail and Industrial and over 1 billion dollars of mixed use projects currently under construction or in the development pipeline.

Mr. Pasternak began his career at Spear, Leeds & Kellogg in 1979, rising to become the head of NASDAQ Trading.

In 1995, Mr. Pasternak co-founded Knight Trading Group (KCG), a publicly traded multi-billion dollar financial services company serving as Knight’s CEO from its founding through 2002 in addition to assuming the Chairman’s role. Mr. Pasternak engaged in more than $1 billion of capital transactions and managed a $5 billion balance sheet. Under his leadership, Knight’s market capitalization exceeded $5 billion. Knight also grew the internally managed Deephaven Fund to over $3 billion in A.U.M. during this period. Throughout his career Mr. Pasternak has served an the boards of publicly traded as well as private institutions.

Mr. Pasternak is a founding limited partner in the development of the Belleayre Resort in upstate New York, a two-hotel, 1,400 acre resort with over 1 million square feet of planned construction. Belleayre is a project that has been undertaken to economically and socially revitalize the communities where Mr. Pasternak grew up.