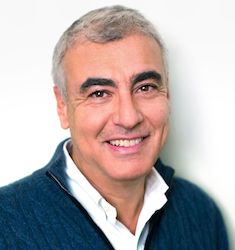 Mr. Lasry is the Chairman, Chief Executive Officer and Co-Founder of the firm. Distressed investing has been the focus of his professional career for over 31 years. Prior to co-founding Amroc Investments, LLC as an independent entity, Mr. Lasry managed capital for Amroc Investments, L.P., the predecessor firm associated with Robert Bass Group, Inc. Mr. Lasry and Amroc Investments, L.P. were affiliated with Acadia Partners L.P., an investment partnership whose general partners include Keystone, Inc. (an investment firm that was associated with the Robert Bass Group, Inc.), American Express Company and the Equitable Life Assurance Society of America. Prior to that, Mr. Lasry was Co–Director of the Bankruptcy and Corporate Reorganization Department at Cowen & Company. Prior to this, he served as Director of the Private Debt Department at Smith Vasiliou Management Company. Mr. Lasry also clerked for the Honorable Edward Ryan, former Chief Bankruptcy Judge of the Southern District of New York. Mr. Lasry is currently a member of the Council on Foreign Relations, and he also serves on the Board of Directors of The Clinton Global Initiative, and the Board of the 92nd Street Y. He previously served as a member of the Board of Trustees of The Mount Sinai Medical Center. Mr. Lasry has served and will continue to serve on various other boards of advisors/directors of both for-profit and not-for-profit private companies that are not affiliated with the firm.