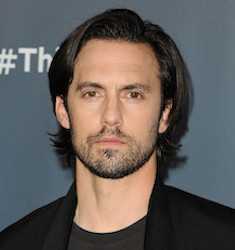 Nurturing an impressive body of work that encompasses film, television and the web, Milo Ventimiglia’ s career continues to evolve with exciting and challenging projects.

Milo’s passion for the art of acting keeps him drawn to both studio and independent features. Milo recently starred in “Wild Card,” alongside Jason Statham.  In this remake of the 1986 Burt Reynolds drama “Heat”, Milo plays Danny DeMarco, a role portrayed by Neil Barry in the original.  He starred alongside Nicole Kidman in  “Grace of Monaco” about former Hollywood star Grace Kelly’s involvement with Monaco’s Prince Rainier III and France’s Charles De Gaulle’s dispute over tax laws in the early 1960s.  Nicole Kidman plays Grace Kelly and Milo plays her publicist Rupert Allen.  Milo also starred in writer-director Xan Cassavetes’ “Kiss of the Damned” which premiered as the closing-night film of the Venice Film Festival in September 2012.  Inspired by European genre films of the 1960s and ’70s, Cassavetes’ erotic vampire film follows a female vampire who falls for a human male while having to deal with the meddling of her troublemaking sister.

His other film credits include starring as Sylvester Stallone’s son in the sixth installment of the Rocky series, “Rocky Balboa,” the “Killing Season” in which he portrayed Robert DeNiro’s son, the Adam Sandler comedies “That’s My Boy” and “Grown Ups 2,” the heist film “Armored” with Matt Dillon and Laurence Fishburne, and “Gamer” alongside Gerard Butler, “Pathology,” and the Wes Craven/Kevin Williamson thriller “Cursed.”

Segueing effortlessly between the big and small screen, Milo currently stars on the ABC drama “The Whispers” and recently had a recurring role as ‘The Ogre’ in the FOX drama “Gotham.”  He starred in the Frank Darabont helmed show “Lost Angels”, a fast-paced crime drama set in Los Angeles during the 1940s and ’50s. Based on John Buntin’s book L.A. Noir: The Struggle For The Soul Of America’s Most Seductive City, the show tells the true story of a decades-long conflict between the LAPD and ruthless criminal elements led by mobster Mickey Cohen.  Milo starred NBC’s drama “Heroes,” about a group of seemingly everyday people who discover they have super powers. The show received a Golden Globe nomination for Best Television Series – Drama and won the People’s Choice Award for Favorite New Television Drama.  Milo starred for many years on the critically acclaimed television drama “Gilmore Girls,” starred on Tom Fontana’s WB Series “The Bedford Diaries” as well as the critically acclaimed drama “American Dreams.”

His other television credits include a recurring character on David. E. Kelley’s drama “Boston Public” and guest starring roles on primetime series such as “The Fresh Prince of Bel Air,” “C.S.I.,” “Sabrina the Teenage Witch” and “Promiseland.”

In addition to television, Milo has also embraced the power of the internet.  He produces and stars in the web series “Chosen,” which launched on the multi-platform entertainment network Crackle.  CHOSEN is comprised of six half-hour episodes, packed with non-stop action and shocking plot twists.  The show follows Ian Mitchell (Milo), a husband, father and lawyer who awakens one morning to discover a mysterious box on his doorstep – and a photo of a stranger he is instructed to kill within the next three days.  The show was so popular it had a second and third season.  CHOSEN recently won the New Trend award at the 2015 Seoul Drama award.  Milo also produces “The Paranormal and Extraterrestrial Squad,” a digital series about the misadventures of a ragtag group of ex-community college students searching for paranormal and extraterrestrial (PET) activity.

With his production company, DiVide Pictures, he is currently working on indie film adaptation of Marc Spitz‘s autobiographical novel How Soon Is Never? As its title suggests, the story has a connection to seminal 1980s band The Smiths. Spitz’s book is about a rock journalist who, in trying to get his own life back on track, attempts to reunite the band. In real life, The Smiths broke up in 1987 and individual members have sworn they would never reunite.  Milo will produce and star in the project.

Under the DiVide banner Milo launched two comic book titles with Top Cow publishing. REST focuses on a New York-based office professional type who is approached by an old friend to take part in a pharmaceutical experiment – take a pill which allows you to function without sleep. What he does with his extra time – and why the government is sponsoring the experiment – becomes the focus of the book. BERSERKER is about a group of people seemingly unconnected to each other who discover, unbeknownst-to-them; they had been born with hidden abilities to kill. Grounded in Norse mythology Berserker focuses on a man who is being pushed over the edge while trying to get back to his life after being in the military in Afghanistan.’  He directed a short film for insurance company Liberty Mutual which aired on NBC. He also directed American Eagle Outfitters’ first original series “It’s a Mall World,” a 12-episode series which aired on ae.com, with the show premiering on MTV and in AE stores across the country, and produced a claymation series for American Eagle called “Wintertales” which aired throughout the holiday season.

In July 2008 Milo visited the Middle East. on a 10 day, three country USO tour and spent time meeting with the servicemen and women of the armed forces and he made his second USO trip to Germany and Turkey in November 2009. Milo is also involved with the Iraq and Afghanistan Veterans of America organization (IAVA) which supports veterans who need help when they return home from the war.