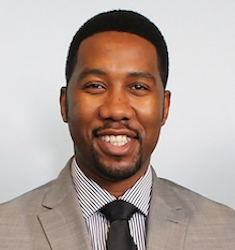 Nelson Mandela had a “long walk to freedom”, yet his footprints still remain. Following in the footsteps of his beloved and iconic grandfather, Ndaba Mandela has taken the torch – and ran with it. Today, Nelson Mandela’s legacy continues as Ndaba keeps its beacon of hope bright, fueling its fiery message that one person can make a difference. Thankfully for all, the legacy lives, as Ndaba was recently named one of the “28 Men of Change” by BET. Today, Ndaba is showing the world, through his actions and orations, that Nelson Mandela’s voice and message of freedom still carries and rings true – sounded by a child that became a man under the warm embrace and expert tutelage of one of history’s greatest teachers. He continues to keep Mandela on the world’s mind.

Born in Soweto in the soul of Johannesburg (Jo’burg), Ndaba has come to appreciate the value of living in a cosmopolitan business hub surrounded by the hustle and bustle of city life. Shortly after he was born he moved to the Eastern Cape with his parents and Grandmother Evelyn Mase, where he spent the first years of school in a small town called Cofimvaba.

After finishing grade 2, Ndaba moved to Durban where he stayed with the Sisulu family and other relatives. Before he could settle in, he moved back to the big city of Gold (Johannesburg), with his farther, where he had to repeat grade 2 due to lack of English being spoken in the Eastern Cape. Continuing with his studies, he received a Bachelor’s degree from the University of Pretoria in 2008, majoring in Political science and International Relations.

Shortly after that, he joined the Embassy of Japan in Pretoria working as a senior Political Consultant, focused mainly on South Africa. While working at the embassy he was chosen to represent his country in a business leadership and entrepreneurship programme in Jordan. This three-week annual programme, compiled by the Queen Rania Centre for Entrepreneurship in association with the Ahl Ali Group of Dubai involved participants from Jordan as well as Argentina. He then joined Investec Asset Management getting exposure to their asset management business before joining the business development area working as a client liaison officer in the client services area.

After a year he left to pursue his socio-economic development ambitions by dedicating his time to the foundation he founded called Africa Rising. Africa Rising’s vision is to be a catalyst in creating a new breed of young Africans that will empower themselves to be at the forefront of Africa’s development.

He also enjoys speaking engagements, talking about the Mandela Legacy and motivating the youth to know more about their origins and getting involved in community development and being a shining beacon of hope where ever they see fit, so they can be the change they want to see.

In general Ndaba is a man passionate about Africa, its people and concerned about its future. Although we face many problems on the continent at large there are many positive things that the global village does not know about Africa. In recognition of these misconceptions we have taken the active process in trying to address these misconception but more importantly engage the youth and the public as to how we can start the process of taking control of our destiny now.

On the lighter side of life, he enjoys listening to music and hanging out with friends and family during leisurely time. He believes that one should always keep an open mind and when the opportunity presents itself try something new, because you just might like it.

“Together as one we can accomplish anything” Ndaba Mandela