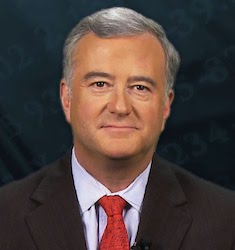 Robert A. Wiedemer is President of Aftershock Publishing and a Managing Director with Ark Financial Management, a money management firm. He is also Portfolio Manager for Ark Strategic Investments, a hedge fund. Mr. Wiedemer wrote the landmark book that predicted the current downturn in the economy in 2006, America’s Bubble Economy, published by John Wiley. As Paul Farrell, Senior Investment Columnist at Dow Jones MarketWatch recently said, “In short, America’s Bubble Economy’s prediction, though ignored, was accurate.” Kiplinger’s chose it as one of the best business books of 2006.

His following book, Aftershock, was published by John Wiley in November 2009. It was chosen by Smart Money magazine as one of the five best investment books of 2009. Aftershock Second Edition was published in August 2011 and became a New York Times and Wall Street Journal Bestseller. The third edition of Aftershock was published in April 2014 and the fourth edition was released in July 2015. Mr. Wiedemer also co-wrote the Wall Street Journal bestseller The Aftershock Investor (2nd edition released in November 2013). Combined, all of Mr. Wiedemer’s books have sold nearly 1 million copies.

Aftershock has also received widespread international interest. It has become a bestseller in Korea and has been translated into Chinese and Japanese. Aftershock and America’s Bubble Economy have been the subject of articles in the major press including the Wall Street Journal, Financial Times, The Hedge Fund Journal, Euromoney, Barrons, Reuters, AP, and others.

Robert Wiedemer speaks to groups of investors, financial analysts and economists including the New York Hedge Fund Roundtable, the World Bank, various CFA societies, the Army’s Training and Doctrine Command, and the National Press Club. He is a frequent commentator on TV including CNBC and Fox Business News.

Mr. Wiedemer holds a Series 65 (Registered Investment Advisor) and an MS-Marketing from the University of Wisconsin – Madison.